The Priest is Called to “be with Christ” 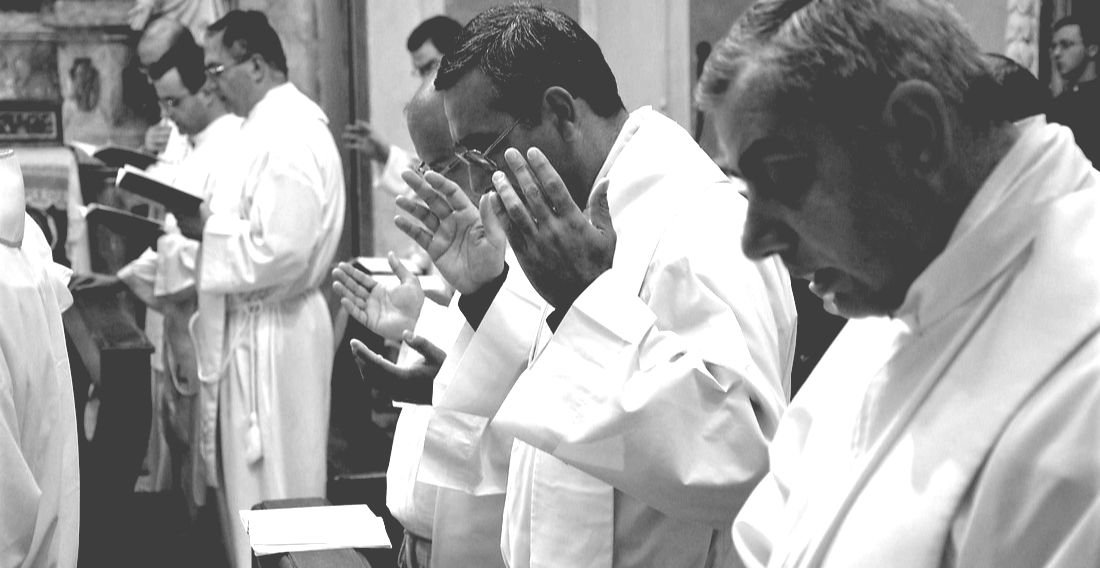 Today’s Gospel presents Christ calling His apostles. Although the passage is short, and from the shortest Gospel, in the space of three verses we have the story of every priestly vocation and the model of every priestly life. These words apply to all Christians, who are priests by baptism, but in a special way to ministerial priests, and those who are studying to become one.

Mark gives us the story of every priestly vocation when he writes, “Jesus went up the mountain and summoned those whom he wanted and they came to him.”

​In the Old Testament, when God did something important, He did it on a mountain: Mount Carmel, Mount Sinai, Mount Jerusalem, Mount Moriah. There’s something about a mountain that seems to touch heaven; we could say it’s the place on earth that’s closest to heaven. It’s from here that Christ calls His apostles, meaning, they must go up the mountain to encounter Him. Christ calls, and He doesn’t call the most qualified, the most intelligent, or the most capable. He calls “whom He wants,” and “they came to Him.” We too must climb the mountain of perfection to be with our Lord. It might seem like an impossible task, but just as Jesus wouldn’t have called His disciples up the mount to Him if He knew they couldn’t climb it, with God’s grace, we can climb our mountains to God.

And what is it that Jesus wants these men to do?

What does He call and ask of them?

Thus, our fundamental task in this life is to be with Jesus. From that identity, from that “being with Christ,” we become “one with Christ,” and from there everything else flows: the apostolates we undertake, the studies we engage in, our work, everything. Everything must flow from that. We must love Christ above all things, and make our lives about getting closer to Him and being with Him. From there, once we’ve been with Him (and return back to Him, time and time again), Christ can send us out.

Our effectiveness as apostles, however, depends on our relationship with the Lord. Only after the Apostles have been with the Lord does Christ send them out, and to do two things: first, the preach the Good News, be it by words and deeds or simply by example, and to cast out demons, either through penance, prayer, and fasting, or by the administering of the sacraments, which destroy evil and elevate God’s people.

We can ask ourselves: how important is prayer for us?

Is the most important part of our day the time we take in prayer?

How strong is our identity as one called by Christ?

Do we seek glory and happiness in our apostolates and our works, or in simply being with Christ?

Let us ask, through the intercession of Mary, Mother of Religious, for the grace to draw near to Christ and simply be with Him, in order to become saints and thus serve Him as He desires.