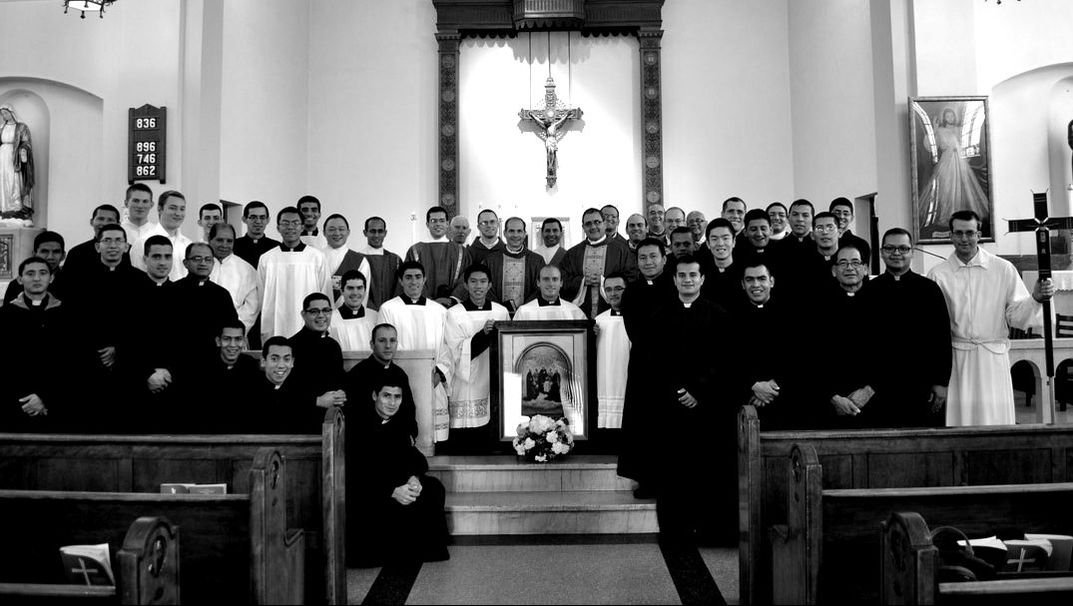 In a letter to Fr. Jerome Lalemant three years before his martyrdom, St. Isaac Jogues asks Lalemant to pray to God that He “may give me a generous constancy to persevere in his love and in his service. This is what I should like to have more than anything else.”[1]
​
It’s important to see why Jogues longed for a generous constancy.

Generous constancy is the only means of reaching complete union with God by dying to oneself.

Our own Directory of Spirituality points this out in number 178:

“We must die totally to ourselves. [not we may…not we should…but we must!] There are three stages for perfect self-denial: external mortification, spirit of sacrifice and total death to oneself. Reaching this third stage is very difficult. We achieve it by means of persistent work. It is to die to live.”

We must then learn from St. Isaac Jogues how to desire this grace of generous constancy more than anything else. Why? Because it will make our hearts most like the heart of the Incarnate Word.

It is this full surrender of ourselves to God through a generous and constant effort that makes us most like Christ the Incarnate Word, whose first priestly act consisted in the very same. At the moment of His Incarnation[2] we can place on His lips the words of Hebrews 10:7, “As is written of me in the scroll, Behold, I come to do your will, O God.” These words echoed from every heartbeat of Christ. Every pulsation of his heart was a burning throb to do the will of His heavenly Father—from the moment it first beat in the womb of the Blessed Mother to the moment it last beat on the Cross.

And our hearts…our wills…if they are going to be true hearts of men of the Incarnate Word must desire the same. We must burn to do the will of our Heavenly Father. Our hearts should burn to the point of aching…aching to do His will by means of a constant effort. We’re human, we can’t live every moment perfectly, but we can try to; we can make the effort. By entering religious life we are consecrating ourselves to this effort…cost what it may.

And our beloved patron, in his burning love for God experienced the same.

“Yes, Father, I desire all that our Lord desires, and I desire it at the risk of a thousand lives…It frightens me to be ‘in the midst of fallen peoples’ alone,   without Holy Mass, without Holy Communion, without confession—without sacraments and sacramentals. Nevertheless, God’s holy will and his sweet command are well worth that deprivation…We have not thrust ourselves into this position but undertook this work solely and only to please him.”[3]

Four months later, in a letter to Fr. Castillon he revealed a similar longing through a prayer request to his friend,

“Beg him, Reverend Father, to make of me what he desires, that I may be a man after his own heart.”[4]

In his complete surrender to God, St. Isaac Jogues not only shows us how to conform our lives as priests and future priests to the heart of the Incarnate Word, but he also gives us a splendid example of what it means to have the will of the Third Kind of Humility.

“If we suppose the first and second kind attained, then whenever the praise and glory of the Divine Majesty would be equally served, in order to imitate and be in reality more like Christ our Lord, I desire and choose poverty with Christ poor, rather than riches; insults with Christ loaded with them, rather than honors; I desire to be accounted as worthless and a fool for Christ, rather than be esteemed as wise and prudent in this world. So Christ was treated before me.”[5]

“Do you see how much I need the powerful aid of your prayers in the midst of those barbarians? I shall have to live among them almost without any liberty to pray—without Mass, without the sacraments. I shall be held responsible for any and all incidents between the Iroquois and the French, the Algonquins, and the Hurons. But what of it? My hope is in God.”

St. Isaac Jogues was very aware of the privations he would suffer. Need we be reminded that Jogues wrote this letter after he returned to New France a second time. He had escaped captivity, escaped the suffering (both physical and spiritual), the tortures, and the constant fear of death that had hung over his head for 13 months while in captivity. And yet, he willed to go back…to return to the real possibility of facing the same all over again. This is why he also writes in his final letter,

…My heart tells me that if I have the blessing of being sent on this mission, Ibo et non redibo: I shall go and shall not return. I shall be happy if Our Lord wills to finish the sacrifice where He began it. May the little blood that   I shed in that land be a pledge of what I am willing to give him from all the veins of my body and from my heart…Farewell, dear Father; beg God to unite me inseparably to him.”[6]

May Mary, Queen of Martyrs grant each of us the grace to finally begin to live with the will of the Third Kind of Humility, which is none other than the grace of a martyr’s will, so that by a constant and generous effort our hearts may beat with the Heart of Christ[7].

[2] “(71) He experienced that the Father had made Him priest and victim—for which He had to become flesh. The impulse of His unspeakable love made a sovereign priestly act, as He surrendered entirely to the Father’s will. (72) That first priestly act of Christ’s sacred soul at the moment of the Incarnation and priestly ordination was never lessened or retracted. It remains forever in His priestly heart.” (Directory of Spirituality)