Temptations of the Missionary 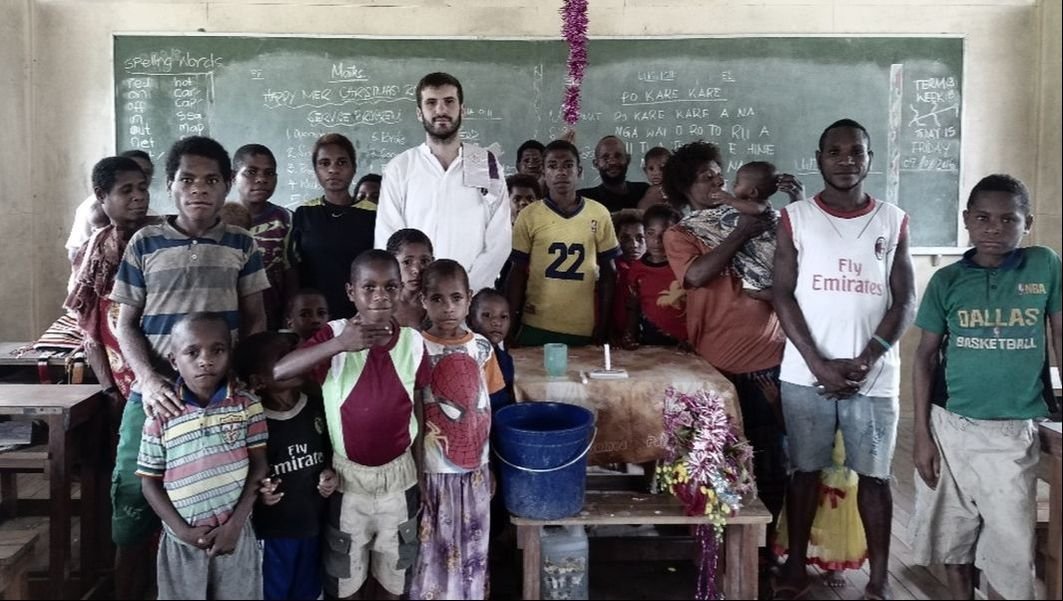 Dear Brothers,Today we celebrate World Mission Sunday. Starting this year, this day will be one of the great feasts of our Congregation, since our Congregation is fundamentally missionary, and indeed missionary ad gentes.

Today it seemed fitting for me to preach on what I have taken to calling the principal temptations of the missionary.

While modifying and making additions, I will take the substance of this sermon from a draft which I offered the fathers that are missioning in the Province of Eastern Europe, who had asked me to participate in some way in their days of “convivencia”. On that occasion, it seemed to me that this topic could be useful to them, and in fact it was indeed, as I know from their words of thanks.
​
I think that the principal temptations of the missionary are those which go against the theological virtues.

I. Temptations against Faith

Perhaps the missionary will never see apostolic fruits of any great consequence. He will bear fruit in other places, because there is no action carried out by a member of the Mystical Body that does not benefit the whole body. For example, one could perhaps be in Guyana, and seemingly nothing is happening there; however, it turns out that the thing that one is doing in this place is producing an effect in other places, as we see happens with our missionaries.  Finally, how much good it does us and how important it is for the formation of the future priest that his life begin to acquire a missionary dimension, not reduced to the boundaries of one nation or one continent! For this reason, it is necessary to have faith.

Certainly your work of dedication to the Lord will be bearing fruit in another place. It will bear fruit either now or later, because one never knows the hour of God. I always have thought that I owe the grace of perseverance in my vocation – despite the seminaries that I lived in- to someone behind the Iron Curtain or behind the Bamboo Curtain, who was praying, suffering, and offering this suffering for us.

It is a temptation against faith not to realize that the first and indisputable fruit is to be there! What is the first fruit of the missionary? To be there. To be in the Amazon jungle, to be in Papua New Guinea, to be in Tajikistan, to be in Sudan. . . There was no one; now there is, and this is already a fruit! And a big fruit!

Another temptation: to consider the difficulties insurmountable: “So many difficulties! Different languages, different customs, people who have not even arrived at the level of agriculture.. .”

It is true that there are many places in which the inhabitants lack even the minimum, most basic education needed to survive, that they are unable or unwilling to realize that if now they sow the seed, afterwards they can go to reap the fruit. There are peoples so primitive that they have not even arrived at agriculture: they are nomadic countries with a livestock-based economy, accustomed to what is most immediate, like drinking the blood and milk of animals because in this way they do not have to wait for the seed to germinate and produce fruit. But sadly, this way of life produces famine. Father José Flores was telling me that there were two things he had the most trouble with in Sudan. First of all, the war, hearing bullet shots and blasts from machine guns incessantly; the second most difficult thing was to eat a plate of rice and know that outside the camp there were people dying of hunger. All of this certainly constitutes a great difficulty, but it must not overshadow the fact that the first fruit is to be there!

The incomprehension of the missionary work: from family members, from friends, from other priests, from those in favor of the “anonymous Christian” who auction off the mission ad gentes…

In the end, the great temptation is not to trust in the Providence of God. God is infinitely great, God is infinitely powerful, and He is everywhere, as we used to say as children in the Catechism of the ninety-three questions: “He is in Heaven, on earth, and everywhere.” His Providence is manifest in Heaven, on earth, and everywhere. There is no place on earth in which the loving Providence of God is not at work: in the most entangled and miry jungles, in the bleakest deserts, with glacial cold or in torrid heat, in the steppes or on the high mountains, on the choppy seas or on pacific lakes, in the enormous cities or in the most primitive villages, in the midst of wars and in the midst of peace, where everything is lacking and where everything is in oversupply, in all cultures, in all languages, in all races. . .God is always Father! And God is infinitely good to all! How much more so to his missionary apostle!

Not trusting the power of God’s grace upon seeing those horrific spectacles—even their smell is horrific—idolatries, paganism, superstitions, and thinking that the grace of God cannot do anything to banish them from the heart of man: this is a very grave error! The grace of God is stronger than all the evil of the world put together. Saint Thomas teaches: “The good of grace in one is greater than the good of nature in the whole universe ”.

For this reason it is absolutely indispensable to form men that live by faith, seminarians- future priests- that live by faith. Men that bear in mind all the truths of the faith, and to whom the five preambula fidei are very clear, because if the preambles of the faith are not clear, afterwards this faith does not have a solid base on which to be built. I am referring to the problem of Theodicy: the certainty of the existence of a Supreme Being; to the problem of the soul: the existence of the immortality and spirituality of the human soul; to the ethical problem: recognizing natural law; to the gnoseological problem: to know and have certainty that one can arrive at true and objective knowledge; to the historical problem: the certainty of the historical existence of Jesus and of the historicity of the Gospels, and for other truths, the other historical supports . For this reason, John Paul II said: “Today it is necessary to have patience and start from the beginning, from the ‘preambles of the faith’, up until the ‘last things’, with a presentation that is clear, documented, and satisfactory” . If this is true for the popular Missions, how much more so for the Missions ad gentes! We must thus always grow in the act of faith, including in those nuances that the very same single act of faith has. As St. Augustine has said :

1. To believe in God (credere Deum), referring to the material object of faith. We must believe the whole truth revealed by God, that is, the totality of the teachings given by God to His Church. It means to believe in the entire set of truths that must be believed.

2. To believe God (credere Deo), referring to the formal aspect of the object of the faith, that is the First Truth—God— to Which man gives his adhesion, so as to assent for Its sake to whatever he believes. In other words, to believe because of the authority of God Who reveals, to believe for a divine reason.

3. To believe tending towards God (credere in Deum), referring to the movement of the intellect by the will, since the First Truth- God- is ordered to the will insofar as it is the end.
We must be men of intrepid faith!

It is a temptation against hope not to live pending on the promises that the Lord made to us: “I am with you always, until the end of the age” (Mt 28:18); “For where two or three are gathered together in my name, there am I in the midst of them” (Mt 18:20); “there will be more joy in heaven over one sinner who repents…” (Lk 15:7); “there is no one who has given up house or brothers or sisters or mother or father or children or lands for my sake and for the sake of the gospel who will not receive a hundred times more now in this present age: houses and brothers and sisters and mothers and children and lands, with persecutions, and eternal life in the age to come” (Mk 10: 29-30); “there will be one flock, one shepherd” (Jn 10:16).

To forget these crystal clear promises of the Lord is a temptation, a temptation against the virtue of hope. It is also a temptation to despair of reaching sanctity, or presuming that without seriously studying the language and theology “I will make myself understood anyway”. It is a temptation to waste the grace of the incomparable missionary joy.

It goes against hope to deny, deform, silence, or put in the background the irreplaceable importance of eternal life. The clear testimony of this must be the principal task of every authentic missionary. It was for this reason that one day the missionary seized his pilgrim’s staff and went off to announce bravely the Gospel of Jesus Christ, traveling the roads of the four cardinal points out until the ends of the earth. Only eternal life truly motivates and justifies the mission ad gentes.
We must be men and women of invincible hope!

It is a temptation against charity not to profit from the difficulties of the mission in order to love God more and reach the unitive life. Another temptation is not to take advantage of the difficulties of the mission in order to love one’s neighbor more in all these difficult circumstances that the missionaries must live, letting opportunities to practice both spiritual and corporal works of mercy pass by: not understanding that only the charity of Christ will save the world. It is not our plans that will do it, nor our methods, nor our wisdom, but only the charity of Christ is what will save the world. To forget that love will never die. To lose sight of the fact that “love is stronger than death” .
For this reason, it is absolutely necessary to be of an ardent charity!

May this flame of the infused theological virtues always grow in us, so that we might obtain the grace to live with intrepid faith, invincible hope, and ardent charity, hearing in our heart these words of Jesus, “Go out to the whole world” (Mk 16:15). Or in the words of José María Pemán:

“As long exists an end
of the earth without praise
of the One who came to save us,
the earth does not have an end”.

May the Queen of Faith, Hope, and Charity help us to be great missionaries!