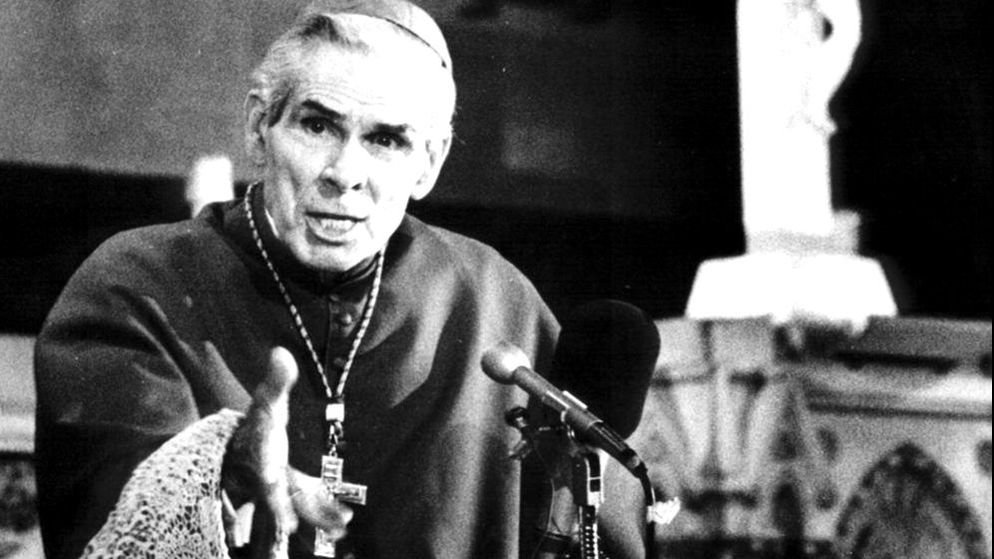 Today’s brief Gospel, all of three verses, contains Christ’s words telling us how we are to deal with our neighbors, namely, by being merciful as the Father is merciful, and by forgiving. Commenting on the difficulties that showing mercy and forgiving entail, Fulton Sheen tells us that calling to mind two things can help us a great deal: first, remembering our own sins, and second, to see ourselves as helping God to save souls.

He writes: “The first consideration [remembering how many times God has forgiven us] is a matter of plain fact: each of us has done [far] worse things to God than any neighbor has ever done to us. That is why Our Lord warns against seeing the speck in our neighbor’s eyes and ignoring the great beam in our own: when we recall the offenses we have had forgiven us, then we realize that we are in no position to withhold forgiveness from a neighbor. As our Divine Lord has told us, ‘I forgave you your entire debt because you begged me to. Should you not have had pity on your fellow servant, as I had pity on you?’ [NAB Mt 8:32-33]”
​
“The second consideration moving us towards forgiveness can be reduced to earthly terms: suppose that some enemy has done us a very serious injury. But suppose that the father of our enemy comes to us and says that, for years, he has tried to make his son kind and good, but without success. Yet he has not abandoned hope, and he pleads with us that we, too, shall join his efforts to save the son. Such an appeal would soften our hearts.

God is, in fact, such a father. He, Who is long-suffering with His rebellious children, wishes us to be patient with them, too—to try to help Him bring them to an area of love. This point is brought out in the story told of Abraham in the desert: one night a stranger is said to have approached his tent and implored his hospitality. Abraham gave him the best of food, surrendered his own bed, waited on him . . . but the stranger complained and upbraided and found fault. Abraham was about to turn him out, in anger at his ingratitude, when God spoke to him: ‘Abraham,’ he said, ‘I have put up with that man for forty years. Can’t you stand him for one night?’

As Fulton Sheen writes elsewhere, “A man may stand for the justice of God, but a woman stands for His mercy.” Let us ask, through the intercession of Mary, Mother of All Religious and Refuge of Sinners, for the grace to be merciful as our Heavenly Father is merciful, and to forgive so as to be forgiven.