The Mysteries of Faith 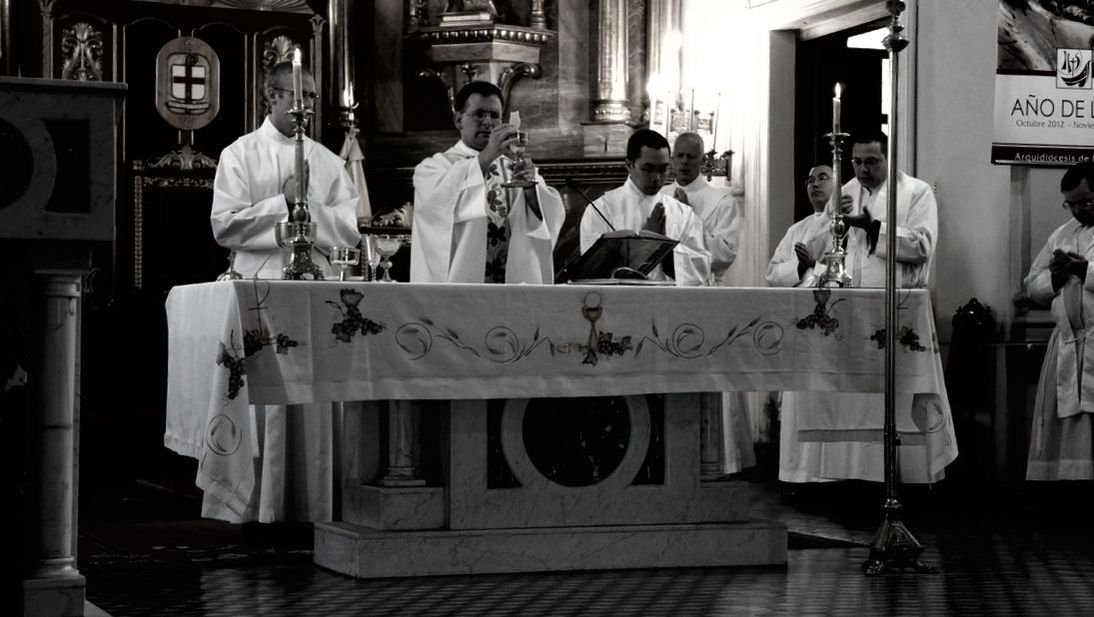 Today’s Gospel is a rather mysterious one: in fact, there are a number of mysteries that warrant some closer attention. First, there a number of references to Jewish thought and tradition that need clarification, and, second, we can consider the mysteries of Christ’s life and how they relate to us.

Regarding the first, it’s worth noting that this Gospel takes places around the time of the feast of Tabernacles, which commemorates the Jewish sojourn in the desert; this is why many Jews would (and still do) set up tents. The feast was an eight day feast, and all adult Jewish males who lived within a fifteen mile radius of Jerusalem were legally obligated to go up and celebrate. Jesus wasn’t obligated to go, since He was in Galilee, and Jerusalem is in the heart of Judea. However, Christ does go up later, during the middle of the feast, but does so “in secret.” Aquinas gives a beautiful explanation of this, saying that “everything that was said to this ancient people was a shadow of the good things to come. . . .  So our Lord went up in secret to show that even this feast was a figure. . . .  The one who celebrates this feast [of Tabernacles] is the one who understands that he is a pilgrim in this world. Another reason why our Lord went up in secret was to teach us that we should conceal the good things we do, not looking for human approval or desiring the applause of the crowd.”

Another mysterious phrase is what the inhabitants of Jerusalem said: “But we know where he is from. When the Christ comes, no one will know where he is from.” This was a rather common belief in Christ’s time. In fact, in his Dialogue with Trypho, who is Jewish, Saint Justin puts these words on Trypho’s lips: “But Christ—if He has indeed been born, and exists anywhere—is unknown, and does not even know Himself, and has no power until Elias come to anoint Him, and make Him manifest to all.” The writing is from the middle of the second century: much later than the Gospels, but indicative of the Jewish mindset even centuries after Christ.

This understanding isn’t Biblical; it was an interpretation offered by the scholars of the Law which ignored the rather clear prophecies that Christ would be born in Bethlehem. As Christ Himself rebukes the scribes in Matthew’s Gospel, “You are misled because you do not know the scriptures or the power of God” (22:29). Nonetheless, the inhabitants aren’t entirely blameless either. Saint John Chrysostom writes that “the most pitiable of all were they who saw a very clear sign of his divinity and, leaving everything to the judgment of their corrupt leaders, failed to show Christ reverence.”

So, we can ask ourselves: what do these mysterious passages have to do with us? First, as the Catechism reminds us, “Christ’s whole life is mystery. [At the same time], Christ’s whole earthly life – his words and deeds, his silences and sufferings, indeed his manner of being and speaking – is Revelation of the Father. Jesus can say: ‘Whoever has seen me has seen the Father,’ and the Father can say: ‘This is my Son, my Chosen; listen to him!’ Because our Lord became man in order to do his Father’s will, even the least characteristics of his mysteries manifest ‘God’s love. . . among us.’”

Our faith is full of mysteries: we have the “mystery of the Most Holy Trinity,” “the central mystery of Christian faith and the mystery of God in Himself,” the mystery of our vocations, which are a “gift and mystery,” as Saint John Paul II put it, we have the sacraments, which Saint Ambrose called simply “the mysteries.” However, just because something is mysterious doesn’t free us from the obligation to study, ponder, and love it. Rather, it reminds us that God lies hidden in the mysterious, and thus everything speaks to us of His presence, and thus we need to be recollected so that we can see His hand at work.

Perhaps nowhere is this clearer than in God’s sense of timing. The New Testament often uses two different words for time, and we see both in today’s passage: there is καιρὸς, as when Jesus said to them, “My time is not yet here, but the time is always right for you” (omitted verse 6), and then ὥρα, as found in verse 30: “His hour had not yet come.” Differences aside, both terms remind us that oftentimes God’s timing is a mystery: we don’t know why He delays or advances, why He permits what He does or acts when He does. However, because we know God, and trust in Him, we know that God is never early, God is never late: He is always exactly on time. We can believe this, however, only through the eyes of faith. We can ask ourselves: how well do we embrace the mysteries of our faith, especially when these are difficult or challenging.

Today, through the intercession of Our Lady of Sorrows, let us ask for the grace to embrace the mysteries of our faith, especially that most solemn mystery of the Eucharist which we proclaim by saying, “The Mystery of Faith.”