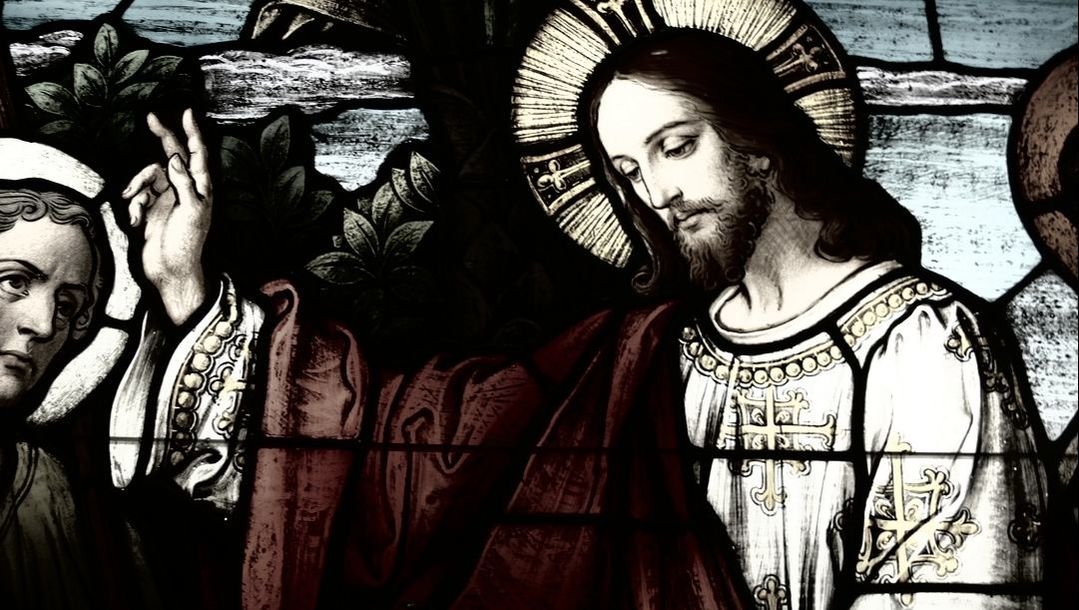 Today’s Gospel is a complicated one, in part because the passage is filled difficult phrases of Johannine irony, references to the culture of Biblical times, and difficult dialogue. We can point out at least four examples.

The first is the irony that begins the first line: John tells us that Jesus addressed “those Jews who believed in him,” and yet these Jews are trying to kill Him.

Secondly, when the Jews hear Jesus speaking of how the truth will set them free, they immediately respond, “We are descendants of Abraham and have never been enslaved to anyone,” seemingly forgetful of the fact that the Jews had been almost continuously enslaved, from the years in Egypt, to the exile in Babylon, to the Roman occupation.

Thirdly, Jesus states that “a slave does not remain in a household forever, but a son always remains,” a reference to Ex 21:2, which demands the release of Jewish slaves every seventh year, during the jubilee. Of course, the implication is that because the son remains, He is closer to the Father, and has more power than any slave.

​Fourth and finally, in response to this affirmation, the Jews argue that they descend from Abraham as from their father, but when Jesus tells them that they “are doing the works of [their] father,” namely, those of Satan, the Father of Lies, the Jews instead reply with what was probably an insult to Jesus regarding the circumstances of His birth.
​
We can see how angry the Jews become, simply because Jesus speaks to them of God the Father’s love and the freedom that the children of God find with Him. The Jews are proud of their dignity as sons of Abraham, are proud of their independence, and are proud of the Law that lays down what they must do. However, all of these things are artificial measures, and pale in comparison to the greatness and the freedom that they could have had by turning to Jesus and accepting God as their Father. Rather than embrace the freedom that comes from surrender to God, they fight it and grow angry at the One who brings it. They have set their worth at what they had at hand, rather than by the greatness that could have been theirs.

There are two lessons for us here: first, our dignity comes, not from our past or our future, not from our offices or talents, and not from our assignments, but from our status as adopted children of God the Father. Through Jesus Christ, we find true freedom, and are freed from whatever burdens might weigh upon us, either past, present, or future.

Secondly, we’re reminded that we are most free when we are serving God, who is Truth. This service must be in truth, meaning, what God wants and how He wants it. As Saint John Marie Vianney said, “There are no two good ways of serving God. There is only one: serve him as he desires to be served.”[1] Likewise, all of us can give ourselves entirely to God: it doesn’t require a keen intellect, some outstanding talent, or some amazing ability.[2] All we have to do is give ourselves entirely to Him, and, even if that’s only a little, that total surrender is what God asks for and what will bring us true happiness.

We can ask ourselves: have we really submitted ourselves to the gentle yoke of Christ? Are we really aware of what it means to be a child of God? Of the freedom that is ours, the dignity we have received? Today, let us ask, through the intercession of Mary, Refuge of Sinners and Our Lady of Sorrows, for the grace to turn to God our Father, and embrace the dignity that is ours.

[1] Pope Benedict XVI’s Proclamation of The Year of Priests.