Jesus Christ and Him Crucified 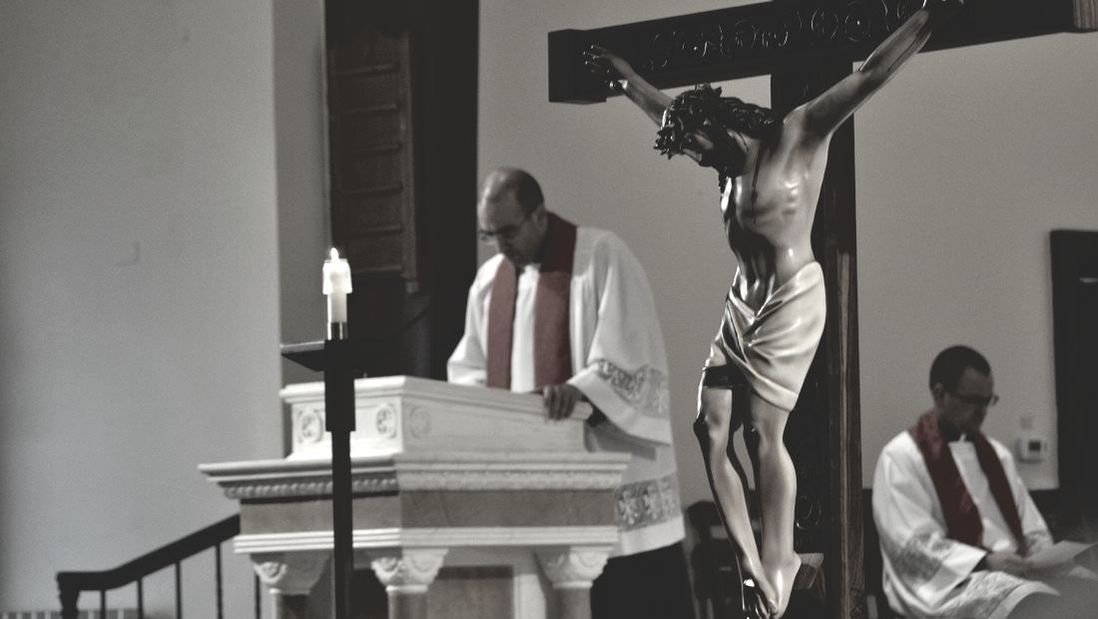 In continuation with the readings from the Gospel of John that we have heard this week, today, Jesus gives the litmus test. “I do not ask you,” He said in effect, “to accept my words. But I do ask you to accept my deeds.” A word is something about which a man can argue; but a deed is something beyond argument. Jesus is the perfect teacher in that He does not base His claims on what He says, but on what He is and does.

His invitation to the Jews was to base their verdict on Him, not on what He said, but on what He did; and that is a test which all His followers ought to be able and willing to meet. The tragedy is that so few can meet it.

So, who is the true follower of Christ?

We often speak of following Jesus; we often urge men to do so. What do we mean? The Greek word for to follow is akolouthein; and its meanings combine to shed a flood of light on what it means to follow Jesus. Akolouthein has five different but closely connected meanings.

(i) It is often used of a soldier following his captain. On the long route marches, into battle, in campaigns in strange lands, the soldier follows wherever the captain may lead. The Religious is the soldier whose commander is Christ.

(ii) It is often used of a slave accompanying his master. Wherever the master goes the slave is in attendance upon him, always ready to spring to his service and to carry out the tasks he gives him to do. He is literally at his master’s beck and call. The religious is the slave whose joy it is always to serve Christ.

(iii) It is often used of giving obedience to the laws of a city or a state. If a man is to be a useful member of any society or citizen of any community, he must agree to abide by its laws. The Religious, being a citizen of the kingdom of heaven, accepts the law of the kingdom and of Christ as the law which governs his life.

(iv) It is often used of following a teacher’s line of argument, or of following the essence of someone’s speech. The religious is the one who has understood the meaning of the teaching of Christ. He takes the message into his mind and understands, receives the words into his memory and remembers, and hides them in his heart and obeys.

Anyway, whatever meaning we get we will reach the same point: The Cross of Christ: “When I am lifted up from the earth, will draw all men to myself.” If we are soldiers we follow a Crucified Captain. If we are slaves, we serve a crucified Lord. If we are to accept His counsel we have to choose to be crucified with Him. If we are citizens of His Kingdom, He is a King who governs from the cross. If we are his pupils He is to teach us from the cross.

Then, to be a follower of Christ is to give oneself body, soul and spirit into the obedience of the crucified Master; and to enter upon that following is to be identified with him. When we walk alone we are bound to take the wrong way, but if we choose to follow our crucified Master we are on the way of light. The religious who has a sure guide and an accurate map is the religious who is bound to come in safety to his journey’s end. Jesus and Jesus Crucified is that guide. To follow Him is to walk in safety through life and afterwards to enter into glory.

Let us ask our Mother the grace of following our crucified Lord, the grace of imitating His deeds that sharing in His sufferings we may share in His glory.