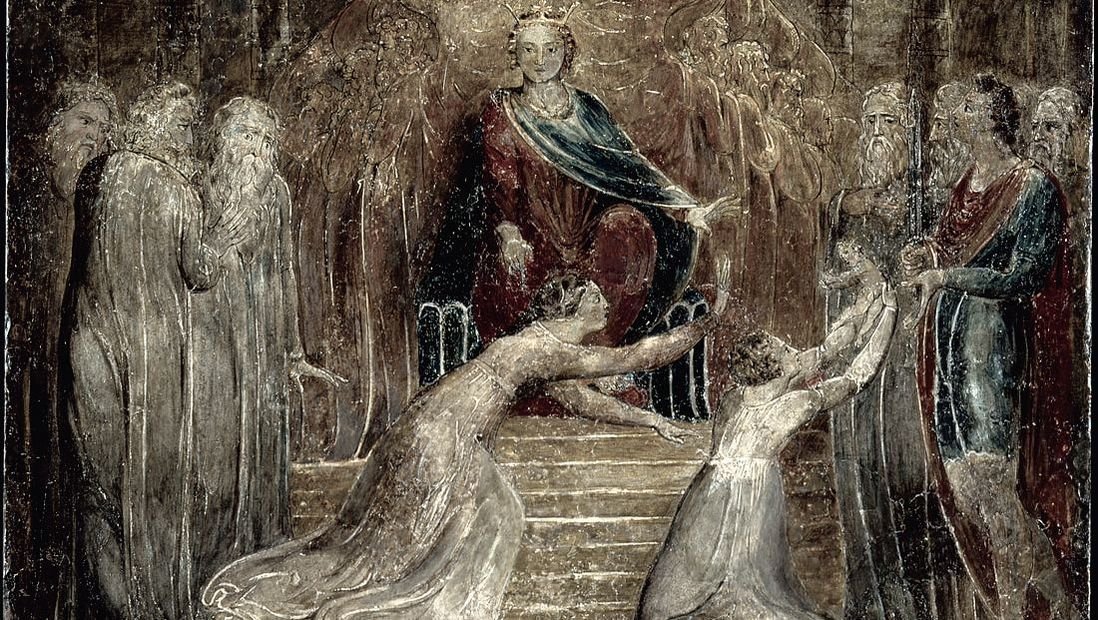 Fr. Theodore Trinko, IVE
25th Sunday in Ordinary Time
​The word capital has a lot of different meanings. It could refer to an important city from which a region is governed, and so Annapolis is the capital of Maryland. It could refer to a letter which differs from its lowercase version in height and form. In economics, capital is that surplus of wealth or assets used to begin a new enterprise. In architecture, it refers to the highest point of a column which connects it with the structure which is being supported. But we are not studying government, nor economics, nor architecture, so we are not concerned about these capitals so much. Rather, we need to consider a different but far more important sort of capital, a capital sin.
​In Catholic spirituality, there have been traditionally 7 sins which are known as known as capital or deadly sins: pride, lust, anger, gluttony, covetousness, envy, and sloth. An easy way to remember that is to simply remember that these sins are like deadly PLAGUES (with a sideways U to C)…. Instead of denominating them sins, St. Thomas Aquinas preferred to call them vices, since they are usually not a single act but an engrained habit; the person who falls into one of them will usually commit it with a certain degree of frequency. What is special about these seven capital sins is that they are the base upon which other sins are built. That is, once we start falling into one of these sins, there are a whole bunch of other sins which spring up in their wake. The parable related in today’s Gospel speaks to us about one capital sin, that of envy. In the second to last verse, the owner of the vineyard asks: “Are you envious because I am generous?”This is far from the only reference to envy in the Sacred Scriptures. One doesn’t need to read the Bible very thoroughly for the malicious nature of envy to come to light. Death entered the world because of the devil’s envy for Adam and Eve (Wis 2:24); those guilty of envy are worthy of the most severe punishments (Num 12:10-15); it is a sin which excludes one from the Kingdom of God (Gal 5:21); those who commit this sin are worthy of death (Rom 1:29-32). It was envy that led Cain to murder his brother Abel (Gen 4:3-8) and brought Joseph’s brothers to sell him into slavery in Egypt (Gen 37:4). Finally, most telling of all, the envy of the Jews led them to hand Jesus over to death (Mk 15:10; Mt 27:18).
​
The word “envy” comes from the Latin term invidia which means “to look with evil eyes.” It is a kind of sorrow at our neighbor’s good which is considered evil for us since it takes away from our own glory. Also, when something evil befalls our neighbor, the envious person rejoices and is glad. For the envious person, there is only so much good in the world and either he has it or someone else took what should have been his. It’s like being a mental see saw, if the other person is in the air, we must be on the ground. It is a deadly spiritual disease which slowly eats away at any sort of brotherly love which we have. As Fulton Sheen put it, “what rust is to iron, what moths are to wool, and what termites are to wood, that envy is to the soul.”[1]

We ought not confuse this sinful sort envy which willfully grieves the spiritual or temporal good of another with a legitimate desire to emulate the goodness we see in others. This is characterized by the desire to get those virtues and holiness which we see in others. As St. Paul said, “be zealous for spiritual gifts” (1 Cor 14:1). This good sort of envy, or zeal, is distinguished from the sinful one by the joy we experience when we see that others possess those goods. So long as we are happy that our neighbor has those goods, there is nothing wrong with us desiring the same things.

Nor is it envious to mourn the success of a sinner or wish that he hadn’t triumphed. When a con artist manages to swindle innocent people, it is not envious to be sad because he succeeded in doing evil.
The reasons which we feel envy can also make it not sinful at all. For example, if we are saddened by the success of another because his fortune could be dangerous to us, it might not be sinful. As when one nation mourns the increased military technology of its aggressive neighbor state. Nor is it always sinful to be sad because another person is more spiritual than us so long as we don’t desire him to lose that good which he has. The sadness here could motivate us to strive harder in the future for a greater degree of sanctity. However, it is very often wrong to mourn over the temporal possessions which our neighbor has since it’s part of the Divine plan that certain have more than others. As Jesus taught, we ought not place our happiness in riches that can be corrupted by rust or consumed by moths (cf. Mt 6:19). Finally, if we feel sorrow simply because what our neighbor has is greater than ours, this is envy properly speaking and is always sinful since we are mourning over what ought to make us rejoice.

A rather dramatic example of envy can be found in one of the two women who asked king Solomon to adjudicate their dispute. The first woman said, “I and this woman dwelt in one house… and this woman’s child died in the night: for in her sleep, she overlaid him. And rising in the dead time of the night, she took my child from my side, while I, thy handmaid, was asleep… and laid her dead child in my bosom.” To which the other woman answered: “It is not as you say, but your child is dead, and mine is alive” (1 Kg 3:17, 19-20, 22).

Since there were no witnesses, Solomon ordered a sword to be brought to him, for he rightly judged that the motherly heart of the real mother would rather give up her child than see him killed. Brandishing the glittering sword, he said, “Divide the living child in two, and give half to the one, and half to the other.” Hearing this, the woman whose child was alive cried out in terror and pity, “I beseech you, my lord, give her the child alive, and do not kill it.” But the other said, “Let it be neither mine nor hers, but divide it” (1 Kg 3:25-26).

Then the king commanded the child be given to her who would rather give him up to another than have him killed, knowing that she must be the mother. The point of the story is that envy which is so jealous of the good of another may reach a point where it scruples not to take a life.[2]

On Calvary, there were three crosses which respectively stood for envy, mercy, and pity. The thief on the left envied the powers which he heard the High Priests attributing to Jesus and reviled Him saying, “If you are the Christ, save yourself and us” (Mt 27:42). In other words, “If I had your power, I would come down from this gibbet and smite my enemies to prove what power really is.”

Thus did envy reveal that if it had the gifts it envies in others, it would misuse them, as the thief on the left would have surrendered redemption from sin for release from a nail. In like manner, many of those today who are envious of wealth would probably lose their souls if they actually got that wealth. Envy never thinks of responsibilities. Looking only to self, it misuses every gift that comes its way.

Pity has quite a different effect on the soul. The thief on the right had no envy for the Master’s power, but only pity for the Master’s sufferings. He rebuked his companion on the left saying: “Have you no fear of God… we have been condemned justly, for the sentence we received corresponds to our crimes, but this man has done nothing wrong” (Lk 23:40-41). He was not envious of God’s power, for God knows best what to do with that. He was not envious of his fellow men, for they had nothing worth giving. So he threw himself upon Divine Providence and asked only for forgiveness: ‘Lord, remember me when you come into your kingdom’ (Lk 23:42). A dying man asked a dying Man for life; a man without possessions asked a poor Man for a kingdom; a thief at the door of death asked to die a thief and steal Paradise.

And because he envied nothing, He received all: ‘Amen I say to you,’ responded Our Lord, ‘this day you will be with me in Paradise.”

From this we can learn that the only way to overcome envy is to pity.
As Christians of good faith, we are all members of the mystical body of Christ and should therefore love one another. If one part of our physical body suffers, all the parts suffer. And so it should be in the mystical Body of Christ. If any one of us should suffer misfortune, (economic, health, spiritual) we should all feel a common sense of pity to them. How crazy would it be if our arm felt stronger when our foot was cut? Or if our ears perked up when our nose began to bleed? That is what envy is. And it is ugly.

Fulton Sheen relates a story of a priest who was criticized because he baptized and gave First Communion and Anointing of the Sick to a notorious repentant sinner on his deathbed. People protested against the Church saying the priest acted wrongly! They were envious at the salvation of a soul! But was not this exactly what took place in today’s Gospel? If they had been at Calvary they probably would have protested that Jesus had promised paradise to the repentant thief. The reward for showing pity to those around us will be one day we will receive pity from God in the form of Divine Mercy.

Let us ask the Blessed Virgin Mary, mother of mercy, to have pity on us and to show us how to pity. May she who had pity on the newlyweds at Cana be for us a constant example of how to show pity to others. Despite living her whole life in poverty, Mary never felt envy for anyone for she knew that the greatest possession a person could have is God Himself, and she had Him under her own roof. For those of us who enjoy the presence of God in our souls, let this be enough for us. How can we who have God in our souls ever allow a lack of stuff to make us downcast?