Doers of the Word 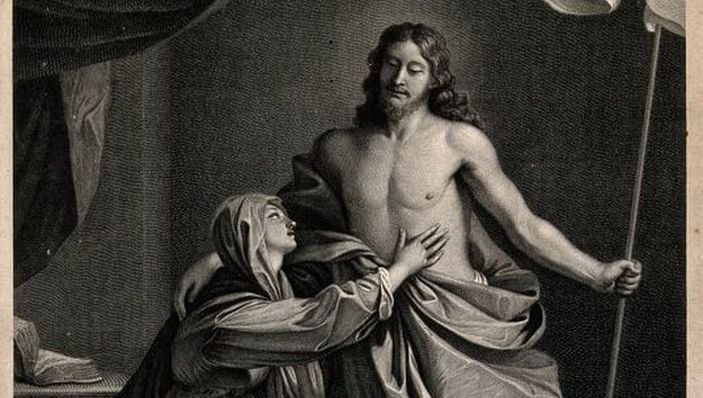 Fr. Theodore Trinko, IVE
Tuesday of the 25th Week in Ordinary Time
​Today’s Gospel should be one of great relief for us. In it we heard Jesus lay down the conditions of being in his family:1) hearing the word of God and 2) acting on it.​This was a great change from the belief of the Jewish people up to that point. In order to belong to God’s Chosen People in the fullest sense of the word, one had to be born into that nation. The divide was so great between Jew and Gentile that even individuals born into non-Jewish families who converted to Judaism were always considered a sort of second class citizen. But that chasm which separated the two peoples was bridged by the cross of Christ so that one’s relationship with God was no longer based on racial background.
​But the fact that the door was open to everybody does not mean that everybody is by default a member of God’s family. Only those who hear the word and act on it can call themselves children of God. In the Gospel of Matthew, at the very end of the sermon on the Mount, this same message is delivered by means of a parable: “Every one then who hears these words of mine [the words which Jesus preached in the Sermon on the Mount] and does them will be like a wise man who built his house upon the rock… And everyone who hears these words of mine and does not do them will be like a foolish man who built his house upon the sand…” (Mt 7:24, 26).The apostle James, who was present at both of these incidents, and might possibly have been one of Jesus’ brethren who was with Mary, learned the Master’s lesson well and wrote in his letter, “But be doers of the word, and not hearers only, deceiving yourselves” (Jam 1:22). In football camp, the coaches taught the same lesson with a succinct phrase: “talk is cheap.”

Our relationship with God is one based on love. And according to St. Ignatius of Loyola “love ought to manifest itself in deeds rather than in words.”[1] It’s good to tell God in prayer that we love him, but more necessary is it to show God that we love Him. In fact, St. Teresa of Avila said that “the reason for prayer [the reason why we pray]… is always good works.”[2]

Now let us return to the Gospel. A superficial reading of this text might result in one believing that Mary was somehow reprimanded for Jesus for being too imposing or presumptuous of her status as being Jesus’ mother.[3] After all, it seems that Jesus ignored her request to see Him. However, the passage does not say that Jesus corrected his mother. In fact, if we read closely, we can see that this is actually a confirmation of the special relation between Mary and Jesus. He calls his mother those who hear the word of God and do it. Now, who heard the word of God more attentively than the Blessed Virgin Mary? And who acted on it with greater promptitude than the Blessed Virgin Mary? Did she not receive the very Word of God in her womb at the Annunciation with complete docility? Was she not quick to act upon that message and offer herself up entirely to God’s will? Remember the words she spoke in that tremendous encounter between her and Gabriel, moments before the Incarnation of the Word her Fiat rang out for the first time; Let it be done to me according to your will. She heard what God the Father wanted of her, and fulfilled it perfectly.

This is what led St. Augustine to say that “it means more for Mary to have been a disciple of Christ than to have been the mother of Christ.”[4] Christ as truth was preserved by Mary in her mind while Christ as flesh was kept safe by Mary in her womb. By hearing the word of God we imitate Mary. By fulfilling the word of God we imitate Mary. In this way Mary is not merely the immaculate Mother of God, but also the perfect disciple of Christ. Insofar as she is the Mother of God, we cannot hope to imitate her. But to the extent that she is a disciple, she is also our role model.

And what is being a Christian if not being a disciple of Jesus Christ? So if we want to be good Christians, we have to imitate the woman who imitated Him better than anyone else; His own mother!
In today’s Mass, let us ask for this grace to know Mary better so as to imitate her more closely just as Jesus would want us to.