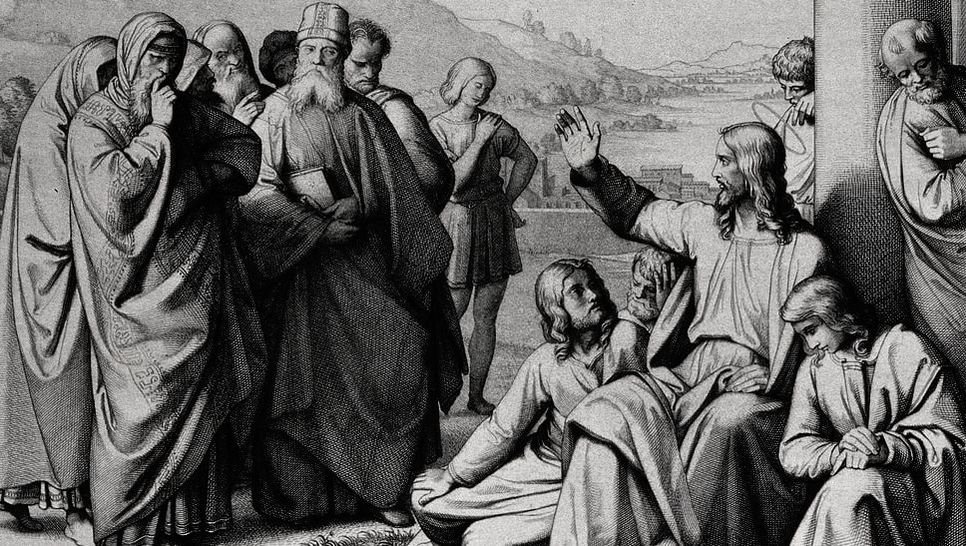 Fr. Nathaniel Dreyer, IVE
Tuesday of the 28th Week in Ordinary Time
In today’s Gospel, Jesus continues with His rebukes of the unbelieving Pharisees. Here, a Pharisee invited Him to partake of a meal at his house, and is astonished when Jesus doesn’t perform the ceremonial washing of hands as prescribed by the law.The word Luke uses to describe the Pharisee’s reaction is ἐθαύμασεν (ethaumasen); it means to be awestruck or even astonished out of one’s senses, but it’s a word that’s usually used to describe the reaction that people have to Jesus’ miracles or His grace-filled words.[1] Here we can see just how backwards the Pharisees have understood things:
rather than rejoice and be amazed at Jesus’ miracles, they attribute His works to the devil. Rather than let some simple ceremonial precept slide, the Pharisee is astonished and scandalized; his reaction to the omitted hand-washing is as though he had witnessed the multiplication of the loaves or the raising of a dead man. This is why Jesus rebukes him, and his fellow Pharisees, with the word “Fools!”; the Greek ἄφρονες (aphrones) means “unperceiving”; it “describes someone [who] fails to grasp cause-and-effect relationships; they are willfully ignorant in understanding what prompts inevitable effects (consequences).”[2] They lack perspective, and because they lack perspective, they miss two cause-and-effect relationships: first, they don’t see that Jesus’s divinity and holiness are the cause of His miracles, and, second, they don’t see that their views of reality have made them hypocrites, whose exterior appearance might be pious and observant, but who internally are far from the Lord.To break this hypocrisy, Jesus tells them “give alms, and behold, everything will be clean for you.” The connection in English isn’t immediately apparent, but the Greek for almsgiving, ἐλεημοσύνη, (eleémosuné) comes from the Greek ἔλεος (eleos), which means mercy. In that era, giving alms was one of the few concrete acts of mercy that was fairly widespread; this mercy breaks through hypocrisy, because it changes our focus from the sin (or the presumed sin, as the case may be), which we can and should hate and despise, to the sinner, who, as a child of God, deserves our love, prayers, and mercy. Our perspective is changed, and we become aware, too, of our own sinfulness, and this fills us with humility. We gain the perspective that fools lack, and, in this way, by showing mercy, the beatitude can be fulfilled: “Blessed are the merciful, for they will be shown mercy.” If not, then we fulfill the words of Saint Augustine as he writes: “But men are hopeless creatures, and the less they concentrate on their own sins the more interested they become in the sins of others. They seek to criticize, not to correct.  Unable to excuse themselves they are ready to accuse others.”[3] Hypocrisy is chopped down with the double axe of humility and mercy.

Today, we can examine ourselves about the way we view the sins and faults, be they real, presumed, or imagined, of others: are we scandalized by them? Or do we remind ourselves that, even if they have sinned, that we would easily fall into the exact same sin, and much worse, if God’s grace hadn’t helped us and protected us? As Saint Claude de la Colombiere wrote: “I have in me the seeds of every vice: there is not one that I am not capable of committing. Only the grace of God prevents me from falling into the abyss. How humiliating this is! It is a thought that should make even the holiest souls ashamed.”[4]

Likewise, do we seek to do good and show mercy to those around us, just as Jesus accepted the invitation to dine with the Pharisee, even though He knew what the Pharisee’s intentions were?
Through the intercession of Saint Ignatius of Antioch and Mary, Mother of Mercy, let us pray for the grace of humility and to be merciful, knowing that these graces keep us from the path of hypocrisy.