Citizens of Heaven and Earth 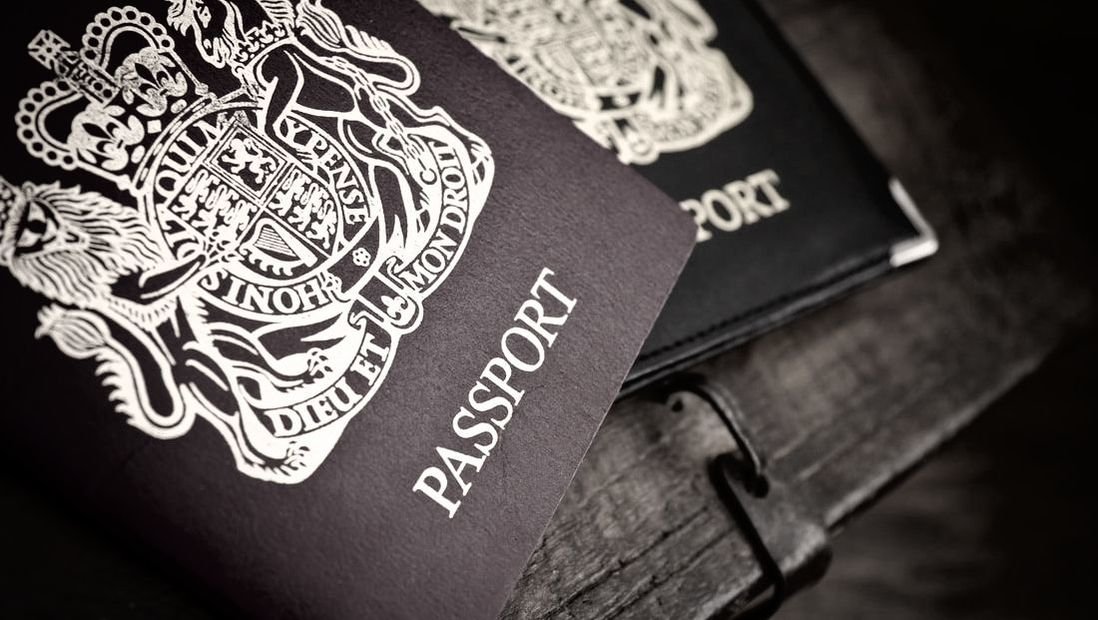 Fr. Theodore Trinko, IVE
29th Sunday in Ordinary Time – World Mission Sunday
Preached at The National Shrine of St. Elizabeth Ann Seton
“Repay to Caesar what belongs to Caesar and to God what belongs to God.” This is the response which stumped the Pharisees’ minions. We didn’t read it today but the very next verse describes how these henchmen were “amazed” or dumbfounded at the response. They attempted to corner Jesus with a moral conundrum only to be taught a profound lesson which requires some attention from us: give to each what is his due. The lesson of the dual citizenship.While the US Government might not formally recognize any dual citizenship, it’s good for us that God above does. Not only are we citizens of this earth, with earthly homes, earthly connections, and earthly duties, but we are also citizens of heaven.
There are a variety of ways in which an individual can acquire US citizenship, but there is only one way to become a citizen of heaven: receive the sacrament of baptism.The dual citizenship of we Christians is something which has been spoken of ever since the second century. Their contemporaries marveled that Christians would identify themselves in all things with their neighbors, speaking their language, eating the same food, and fulfilling the laws, but there was something “extraordinary about their lives.” They lived in their own countries as though they were only passing through… “they pass their days upon earth, but they are citizens of heaven.”[1]

Of these two, it is obvious which is more important. If Caesar ever tries to take what belongs to God, we must be faithful to our true eternal homeland, even if it means suffering painful consequences here on earth. The Catechism goes so far as to say that we are “obliged in conscience not to follow the directives of civil authorities when they are contrary to the demands of the moral order” (CCC 2242). Or as the Apostles told the Sanhedrin who commanded them to cease preaching in Jesus’ name: “We must obey God rather than men” (Acts 5:29). Throughout the course of history, the examples of the saints who had to choose between the two reaffirmed the priority of the heavenly citizenship at the expense of their own lives.

During the French Revolution, Robespierre led a campaign of terror in an attempt to subject all priests and religious to the power of the State. Hundreds of priests who would not swear the “Oath of Loyalty” to the new French Republic were killed in the September Massacres of 1792 as well as thousands of the faithful. A group of 16 Carmelites made clear their allegiances even at the moment when their necks were placed beneath the guillotine:

These Carmelite religious were forced to choose between their citizenships, and the choice was obvious. Now, we might not be forced into the same situation, but if we are, we all have an obligation to choose God first, as did St. Thomas More who was beheaded for treason after refusing to take the schismatic “Oath of Supremacy”. On the executioner’s scaffold, he continued to pledge his allegiance to the King of England, but could not compromise his faith in God for a mere human king: “I die the king’s faithful servant,” he said, “but God’s first.”

John the Baptist too gives us an example of how the heavenly order to which we belong and whose laws we must follow always supersedes the obligation any earthly leader can put on us. While a subject of King Herod, he refused to tolerate this monarch’s immorality and reproached him for marrying his brother’s wife. Eventually, this led to his beheading. His obligation to speak the truth overrode his obligations as an earthly citizen.

All need be disposed to die a martyr’s death. Today, October 22nd, is the memorial of St. John Paul II. On this day, 39 years ago in 1978 he was inaugurated as Pope in St. Peter’s Square. In his encyclical on Morality (Veritatis Splendor), he admitted that relatively few Christians are called to make the ultimate sacrifice in witness to the truth; but still, “all Christians must daily be ready to [suffer martyrdom].”[2] For it is better to lose one’s physical life than to lose the very reason for living by denying one’s heavenly citizenship. Let us recall what is at stake: if we deny Christ in front of men, He will deny us in front of God (cf. Mt 10:33).

But let’s not forget that the superiority of one homeland (that of heaven) over the other (that of this earth) does not exempt us from the obligations that we have as citizens of this world. We are only excused from the government’s laws when they contradict God’s law. After all, Jesus told the Jews to pay the taxes to Caesar and He Himself paid the Temple tax. St. Paul told the Church at Rome that they needed to “be subject to the governing authorities” for “whoever resists the authorities resists what God has appointed” (Rom 13:1-2). We need to collaborate loyally in the building-up of the society in which we reside.

The Catechism of the Catholic Church teaches that this collaboration at times includes criticism but also obliges one to pay taxes, exercise the right to vote, and to defend one’s country (CCC 2240). Along with these material obligations, we also have spiritual ones to our earthly home but helping to create a more Christian country. This is nothing revolutionary, it was St. Paul himself who exhorted us to pray for those in authority (cf. 1 Tim 2:2). Patriotism, understood in this way, is a virtue.[3] It is the way in which we practice justice with our homeland by giving it the love and gratitude it is due. If we are lacking the virtue of patriotism, we fall into the defect of globalization where there is no homeland. If we have an exaggerated patriotism we fall into the defect of nationalism which despises other nations in words or works.[4]

Now, as citizens of the kingdom of heaven, we have other obligations to give to God what is God’s. Not that God sends a tax collector to audit us (we are supposed to do that for ourselves whenever we make an examination of conscience and confession) but we can see on the very first page of the bible what we owe God. All that we are, all that we possess, and that we can hope for comes from God. Just as the Roman coin bore the image of the Emperor who made it, so the human soul bears the “image and likeness” of God (Gen 1:26). The Jews were to give the coin to the Emperor because it had his image on it. We are to give ourselves to God because we have His image within us.

Along with this responsibility to give ourselves entirely to Him, our heavenly citizenship also gives us certain rights. For St. Elizabeth Ann Seton, one of the principle ones was the reception of the sacraments. Only the baptized have the right to participate in the Church’s 6 other sacraments. Coming from a Protestant background, she was acutely aware of what it was like to live without them. She was greatly grieved to witness her loved ones dying without the assistance of these channels of grace:

“When I see these poor souls die without Sacraments, without prayers, and left in their last moments to the conflicts of parting Nature without the divine consolations which our Almighty God has so mercifully provided for us, I feel then, while my heart is filled with sorrow for them, as if my joy is too great to be expressed at the idea of the different prospect I have before me in that hour through divine goodness and mercy.”[5]

Now there is another activity which is called both a right and a duty. Today being World Mission Day, we can recall that all the faithful are called to participate in the Church’s missionary activity.[6] “All the laity are missionaries by baptism”[7] said Pope St. John Paul II in his encyclical on the missions; by the very fact we are baptized, we are missionaries; our “baptismal dignity” makes us missionaries. Again, the great Pontiff said, “the mission ad gentes is incumbent upon the entire People of God.”[8] The Second Vatican council said the laity “are bound by the general obligation, and they have the right… to strive so that the divine message of salvation might be known and accepted by all people throughout the world.”[9]

There are a variety of ways to carry out this right and fulfill this duty. Some people are called to participate directly in the missions by going overseas. This “full and lifelong commitment to the work of the missions holds pride of place”[10] amongst all the ways of supporting the Church’s work of evangelization. Preaching the Gospel requires preachers; the harvest needs laborers.

Others, however, are called to cooperate in a different manner. The great John Paul II said that the foremost way of cooperating was through prayer, sacrifice, and living out the Christian life. This is something especially important for the sick who become missionaries by offering up their sufferings to God.[11] Likewise, encouragement of missionary vocations is “at the heart of missionary cooperation.”[12] Material and financial support are called “indispensable for building up the Church.” One thing to keep in mind, it is only when we make a donation with a spirit inspired by faith that we are truly more blessed in giving than in receiving.

Remember, it was the Blessed Virgin Mary who, in a sense, began the public missionary ministry of Jesus at Cana. He said it was not his hour, but Our Lady asked, and He agreed to work the first miracle. May she stir up in our hearts the desire to contribute to the missionary work of the Church.