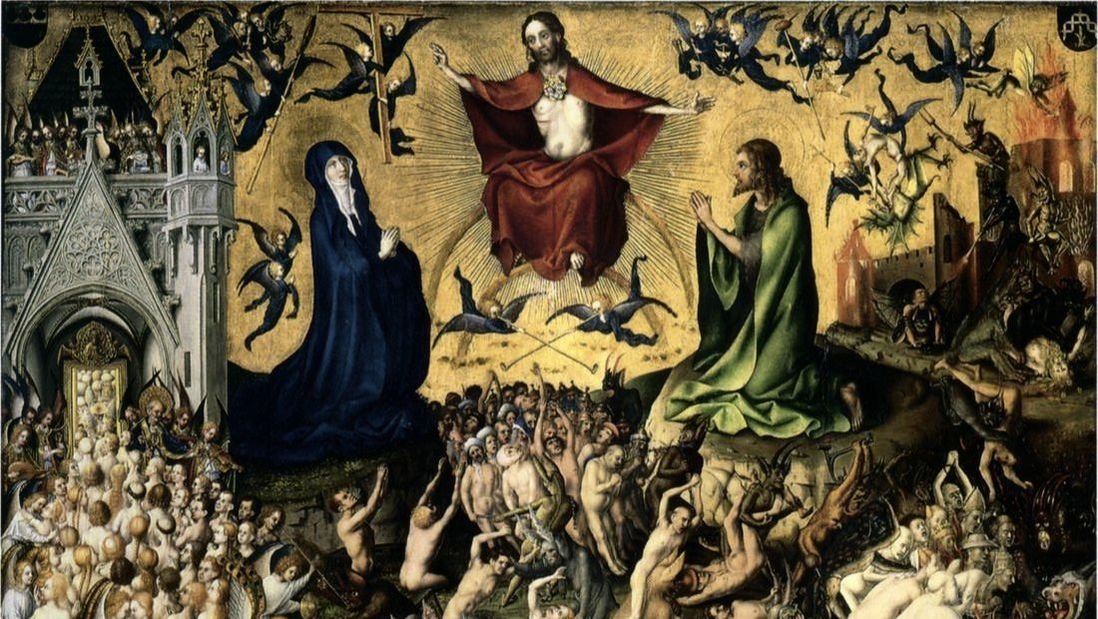 There’s a lot that could be said about today’s Gospel, but we can consider just two points: first, what Christ says about heaven and hell, and, secondly, the importance of the little things we do as religious.​Regarding the first, we’re reminded that Christ “wills everyone to be saved and to come to knowledge of the truth” (1 Tm 2:4). Jesus tells those who have acted well to “inherit the kingdom prepared for [them] from the foundation of the world” (Mt 25:34). This is man’s ultimate goal, his happiness, and it has been prepared for him from all eternity.
Note the contrast in Christ’s description of hell: He tells the goats, “Depart from me, you accursed, into the eternal fire prepared for the devil and his angels” (Mt 25:41). That fire wasn’t prepared for you, but you merited it; you threw yourself in there by your refusal to serve others and, through them, Christ Himself.The Gospel also reminds us of the need to serve others, our second point. The good people’s surprise at Christ’s words is genuine: they accounted what they had done as very little; it must’ve seemed like almost nothing to them. Yet, to Christ, it was a great thing, because it was done with love. As religious, our lives are filled with these little opportunities, these little sacrifices, which might seem like nothing, but have great consequences. Sometimes God shows us these effects so we continue to strive as best we can: for instance, Timothy Cardinal Dolan recounts how he once had a visitor from his very first parish assignment.

He could hardly remember the woman, and yet she showed him pictures of her two-year old grandson named Timothy Michael: the woman’s daughter had named her son after the cardinal because “she remembered him so gratefully from a very difficult time when she was in the seventh grade.” Although he probably didn’t tell the grandmother this, in recounting the story the cardinal remarks: “I can’t even remember who she was! I never even knew I had done anything!”[1]

The deed, no matter how small it was, obviously had huge effects. If a child is named after someone else because of some insignificant deed, then imagine how God, who is far more generous than men and whose knowledge penetrates deep into the soul, views even the smallest deeds done out of love for Him. As religious, we’re called to be spiritual mothers and fathers, and, just as a lot of what biological mothers and fathers do goes unnoticed or seems insignificant, the same could be said of our efforts, and perhaps with even greater reason, because most of our works are spiritual.

As Jesus told Saint Josefa Menendez: “One faithful soul can repair and obtain mercy for many ungrateful ones. . . .  Every soul can be instrumental in this sublime work [of saving souls]. . . .  Nothing great is required, the smallest acts suffice: a step taken, a straw picked up, a glance restrained, a service rendered, a cordial smile . . . all these offered to Love are in reality of great profit to souls and draw down floods of grace on them.”[2]

Let us ask, through the intercession of Mary, Mother of All Religious and Our Lady of Sorrows, for the grace to embrace our vocations as spiritual mothers and fathers, and thus do even the smallest and most insignificant deeds with great love.