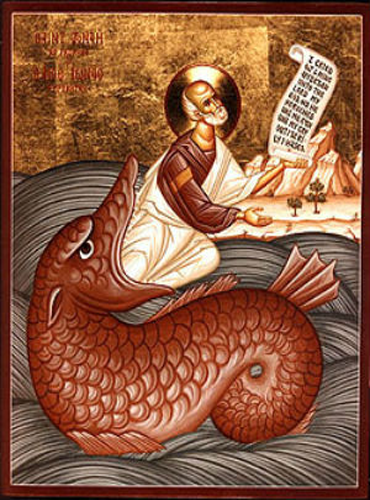 October 10th, 2022 – Monday of the Twenty-eighth Week in Ordinary Time

First, the scribes and Pharisees asked Jesus for a sign. The Greek σημεῖον (say-mi’-on) makes reference to something miraculous or wonderful that confirms the supernatural origin or mission of the one performing it; it would confirm that the one who performed it was sent from God. Such a demand was fairly common among the Jews; historians attest to this,[1] as does Saint Paul in his first letter to the Corinthians when he writes, “[the] Jews demand signs and Greeks look for wisdom” (1:22). At this point in Luke’s Gospel, however, it’s hard to imagine what more the Jews could want Jesus to do. He’s already fed five thousand (Lk 9:10-17), cast out demons, and worked numerous healings. After His baptism, the crowds even heard a voice from heaven say, “This is my beloved Son, with whom I am well pleased” (Mt 3:17). What more could they want? It’s clear that nothing will really satisfy them; they will always demand more and more.

It’s for this reason that Jesus harshly rebukes those who asked the question, our second point: first, Jesus tells them that “an evil generation seeks a sign.” That word evil literally means pain-ridden, and emphasizes the sufferings that always accompany those who separate themselves from God.[2] In asking for a sign, Jesus says, His questioners have entirely broken faith with God. Nothing will satisfy them. The greatest sign they will get will be the Resurrection, and not even that will be enough. In Luke’s Gospel, Jesus alludes to this at the end of the parable of the rich man and Lazarus, when the rich man begs to be allowed to return to earth to warn his brother. Abraham tells him: “‘They have Moses and the prophets. Let them listen to them.’ [The rich man] said, ‘Oh no, father Abraham, but if someone from the dead goes to them, they will repent.’ Then Abraham said, ‘If they will not listen to Moses and the prophets, neither will they be persuaded if someone should rise from the dead’” (Lk 16:29-31).

Furthermore, the Jews liked to refer to the pagans as adulterous nations; both the men of Nineveh and the queen of the south were pagans, and so to have them rise and condemn the Jews, who thought themselves righteous, is particularly harsh. Yet, Jesus’ point is clear: He is far greater than Jonah or Solomon. Jonah preached without signs, he didn’t love the people of Nineveh, and he only went to one city. Jesus worked many miracles, had great love for the people, and preached throughout the world. King Solomon had great wealth and wisdom, but all things, absolutely everything, belongs to Christ, and He is Wisdom Incarnate.[3] Yet nothing will satisfy them; they are constantly searching for great signs and wonders, and miss the greatest gift of all.

Lastly, we can apply this Gospel to our lives. It can happen that we, too, want God to act in great ways. We want Him to somehow miraculously confirm our vocations, or to show His power in dramatic ways. We want Him to let us know, with some amazing show of might, that He is there watching over us. If we do this, then we will lose sight of the miracles that He has already worked for us: He has already raised to new life through baptism, He gives us the grace we need to get through each day, He gave us our vocations . . . what more do we need? At some point we just have to trust and say, “It’s enough.” We can repeat, with the man in the Gospel, “Lord, I believe: help my unbelief!” Through the intercession of Mary, Mother of Faith, for the grace to trust in Jesus and His plans for us, knowing that we have received more than enough miracles to convince us of His love and care.