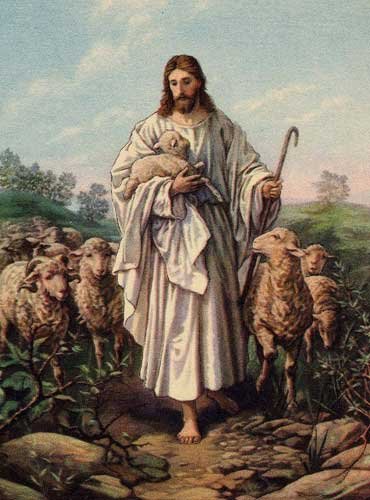 In today’s Gospel, we hear how the Pharisees and scribes grumbled amongst themselves when they saw how Jesus welcomed and ate with tax collectors and sinners. In reply, Jesus offers two parables that show God’s reaction to sinners. Although both images would have been familiar to His listeners, what would have stood out was the image of God the Father actively seeking what was lost. Regarding this, we can see two points: first, God’s love for us and, second, what our reaction should be towards sinners.

In the first parable, the shepherd goes off in search of the lost sheep. Sheep are dumb animals, and the cause for this one getting lost was its own foolishness. Yet, shepherds were known to follow their lost animals for miles, simply to take the chance of finding them again and bringing them back. In a beautiful homily, Saint Asterius of Amasea emphasizes this devotion as he writes: “We see a shepherd who had a hundred sheep. When one of them was separated from the flock and lost its way, that shepherd did not remain with the sheep who kept together at pasture. No, he went off to look for the stray. He crossed many valleys and thickets, he climbed great and towering mountains, he spent much time and labor in wandering through solitary places until at last he found his sheep. When he found it, he did not chastise it; he did not use rough blows to drive it back, but gently placed it on his own shoulders and carried it back to the flock. He took greater joy in this one sheep, lost and found, than in all the others.” Saint Therese of Lisieux writes that the sick child receives more affection from his parents than a healthy one, and we could say that the sinner, too, receives more love and affection in that merciful search than the many who don’t go astray.

Likewise, in the second parable, the woman’s reaction seems almost excessive. The coin she loses is a drachma, the Greek equivalent to the Roman denarius. The coin’s monetary value is almost nothing, absolutely considered, and yet she lights a lamp to look for a coin, and then, having found it, calls her friends and neighbors for a get-together to celebrate. Many fathers of the Church noted that since the coin was Greek, it would have had the ruler’s image on it, the royal likeness stamped on it. When we fall into sin, we, who are made in God’s image and likeness, distort that image but, being found again, we are cleaned and made whole again. In neither case did the lost one want to be found; it was the owner who went out looking for it. Even though with God is the source of unending life and happiness, the sinner either can’t see that or doesn’t want it. Yet, He still goes looking for the sinner. Saint Peter Chrysologus expresses the mystery this way “Why, o man, are you so worthless in your own eyes, and yet so precious to God? Why render yourself such dishonor when you are honored by Him?”

This leads to our second point. On one hand, we need to be grateful to God for His mercy towards us, a mercy that saved us when we had wanted and, through no merit of our own, brought us back and raised us up to be His servants. Likewise, the parables teach us to be patient with sinners. As Saint Asterius continues, these parables “teach us that we should not look on men as lost or beyond hope; we should not abandon them when they are in danger or be slow to come to their help. When they turn away from the right path and wander, we must lead them back, and rejoice at their return, welcoming them back into the company of those who lead good and holy lives.”

Let us pray, in a particular way through the intercession of Mary, Cause of Our Joy, and Saint Martin de Porres, for the grace to give thanks to God for His mercy and to rejoice in His love for us.