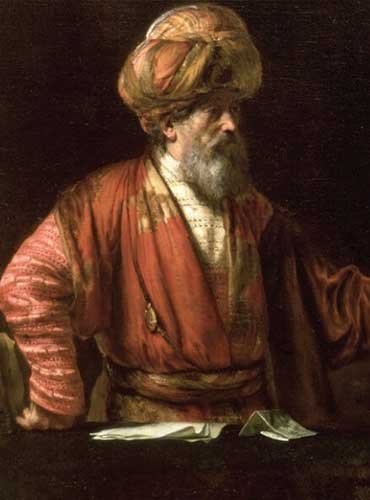 Many of the Fathers of the Church considered today’s Gospel as one of Bible’s most difficult passages to understand. However, it becomes easier to understand if we first consider it in light of the context in which Jesus spoke it and then apply it to our lives.

In Biblical times, it was common for the rich to have many properties which they would rent out. A slave, called the οἰκονόμος, would be in charge of collecting rent, usually paid in goods. Like tax collectors, the steward would often charge extra, and keep that for himself. What the steward’s crime was in the parable, we aren’t told, but presumably he was accused of embezzlement, and presumably, too, he was guilty, since he doesn’t defend himself.

It’s important that quantities that the steward pardons are enormous; we know this because the Greek words are very specific. He pardoned 50 βάτους of olive oil, which would have been between 400 and 450 gallons of oil, and he pardoned 20 κόρους of wheat, meaning 2,400 dry gallons of it. These are huge quantities, and, even worse, what’s left is still huge. This makes us think: how were the debtors going to pay this? They couldn’t. It should make us think of Matthew’s Gospel, in the parable of the unforgiving servant who owes his master 10,000 talents; a talent would’ve been the wages of 16 years of work, so in order to pay the debt, he would have needed to work 170 thousand years, give or take.

What happens? The administrator and the debtor work together and help each other out. The steward will have nothing when he loses his job, and the debtor can’t pay, so they take advantage of the situation and both are helped.

Notice what the master commends the steward for: not for being honest, because he isn’t, and not for doing something good, because it wasn’t, but rather for being prudent. He knew how to take advantage of an opportunity that presented itself into order to prepare for the future.

Likewise, although many of us don’t have money or much in the way of goods of this world, how often do we hold on to anger, grudges, and offenses? How many times do I visit this ill-gotten goods, instead of forgiving them, since, as the Gospel tells us, “Blessed are the merciful, for they will receive mercy,” not only for themselves, but also for others? Today, we can ask ourselves if we are really living out Saint Ignatius’ principal and foundation. Am I using everything to help me get to heaven? Even the things that I don’t like or care for?

Let us pray, in a particular way through the intercession of Mary, Refuge of Sinners, and Saint Charles Borromeo, for the grace to be prudent in our deeds so that we can have a secure future in heaven.