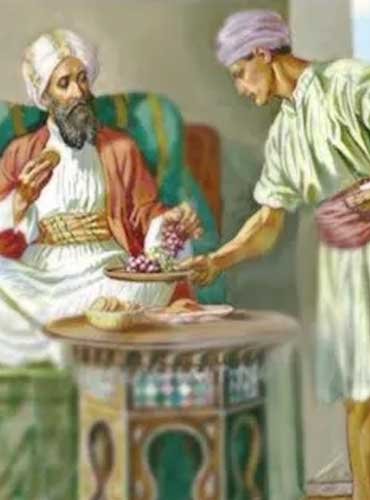 Today’s Gospel continues the passage from yesterday, as Jesus teaches His apostles about our position with respect to God. It’s the nature of the servant’s duties to keep working, doing what he’s told. Even if he labors a ton, he’s still just doing his job. This is what makes him “an unprofitable servant,” or, more literally, “unneeded” or “useless” since the Greek ἀχρεῖος (axreíos) is formed from a, meaning the negation, and chreios, useful. Some exegetes say that the meaning is “dispensible,” someone who can be dispensed with because they haven’t done anything to turn a profit.[1] It’s not like they’re doing their master any favors; they just haven’t caused any harm.

There are two messages that we can take away from this: first, the need for humility and, second, the need for obedience. It takes humility to realize that, no matter what I do in God’s service, it’s still small. After all, God created me, redeemed, and continues holding me in being and giving me His grace at every moment, along with all the other graces that I need, so that I can keep advancing in His service. If there’s anything good in me, it comes from God, and I shouldn’t boast as if it were mine. Saint Ambrose writes: “Boast not [of] yourself then that you have been a good servant. You have done what you ought to have done. The sun obeys, the moon submits herself, the angels are subject; let us not then seek praise from ourselves.”[2] The natural world does its duty simply by being and doing what God intended it to do. Man is the only creature in the material world that can willfully and deliberately do something other than he ought, and, indeed, all of us at times have done so. There is a sense, then, in which we could say that the sun and the moon, the stars and the trees, and the wild animals, are better servants of God than we are, because we freely choose to disobey God, whereas they always obey.

Likewise, all of us are God’s servants, and that means that we must be obedient to Him. As religious, this obedience is our proper mark, and is lived concretely in community. By being obedient, we atone for all the times we sinned in our disobedience to God. Our Constitutions also cite Saint John Bosco in this regard: “If in religious communities you find unhappiness, and even some people to whom community life is heavy, observe with attention, and you will see that this is caused by a lack of obedience.” Obedience is the sure path to doing God’s will. The story is told of Saint Philip Neri and one of the first members of the Oratory, later Venerable Caesar Cardinal Baronius. The priest had received a donation for printing books, but Philip asked him to use it for the community’s expenses, as the other priests did. The priest offered excuses, and sent a mutual friend to try to change Philip’s mind. The friend returned with a simple message from Philip: “O Cesare! Obey or go. God has no need of men.” “Obey or go. God has no need of men.” If God can rise up sons of Abraham from rocks, He can raise up religious from stones, and it’s possible they could do our jobs better than we do them. Once we separate ourselves from obedience, we become the judge of what is reasonable. Obedience serves as a constant check of our pride, our will, and our inclinations; apart from it, everything is suspect.

Let us pray then, through the intercession of Our Lady of Faith, and Pope Saint Leo the Great, for the grace to be humble and obedient, knowing that we are simply servants who are to serve as the Lord calls us, whenever, wherever, and however that might be.