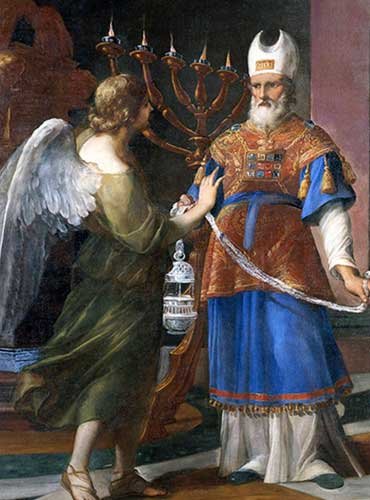 In our lives, too, often we’re faced with people or situations that seem barren and dead to sin. There is no life, and it seems that nothing can be done. Yet, God is the master of time and history, and He can restore and bring to life things that we think are dead, and use them for His glory and the salvation of many.

In the Book of Revelation (21:5), right towards the end, we read the following that was said by God the Father (who, incidentally, seldom speaks in the Book of Revelation): “I heard a loud voice from the throne saying, ‘Behold, God’s dwelling is with the human race. He will dwell with them and they will be his people and God himself will always be with them [as their God]. He will wipe every tear from their eyes, and there shall be no more death or mourning, wailing or pain, [for] the old order has passed away.’ The one who sat on the throne said, ‘Behold, I make all things new.’  Then he said, ‘Write these words down, for they are trustworthy and true.’” Note that emphasis: God doesn’t do anything in vain; He knows how hard it is for us to trust. “Behold, I make all things new.” The Greek verb for make is in the present tense: Right now, I am making all things new.

Think of those words for a moment: I make all things new. All things – not some things, not only good things, not just the best things, not things that I think are ok, but all things. Even the bad ones. Even the worst ones. Even the ones that don’t seem to have any explanation, humanly speaking, other than the consequences of original sin. I make them new – not, I make them ok, not, I make them bearable or tolerable. I make them new. Even more, the English word doesn’t do justice to the richness of the Greek new καινὰ. It doesn’t mean newness in the sense of age; the Greeks have a different word, neos, for that. The Greek καινὰ means recently made, fresh, unused, unworn, superior and better than what came before it, unprecedented, novel, unheard of. It’s like the Lord said through the prophet Habakkuk: “Look over the nations and see! Be utterly amazed! For a work is being done in your days that you would not believe, were it told” (1:5). In our days, this is being done continually, constantly. God takes the worst things of this world, and transforms them into holiness. We can echo the angel’s words: “You will have joy and gladness, and many will rejoice at his birth,” the birth to new life of something or someone we had thought was dead.

Let us ask, through the intercession of Mary, Our Lady of Expectation, to take advantage of this Advent season to grow in our faith and love for Her Divine Son.