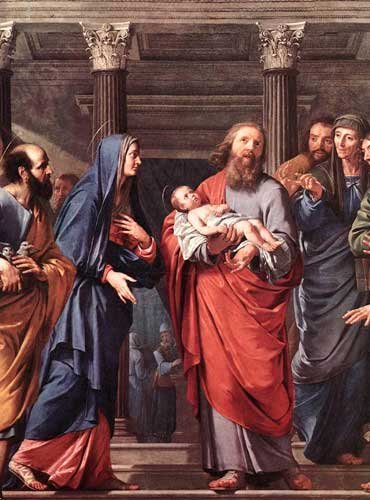 In today’s Gospel we hear the culmination of the story of John the Baptist’s nativity as his father proclaims what is called the “Canticle of Zechariah,” or the “Benedictus,” from the canticle’s first word in Latin.

If we read closely, though, we see that the canticle we just heard wasn’t uttered by Zechariah immediately following John’s birth. Luke does two things in order to introduce a separation in time between John’s birth and Zechariah’s canticle. First, we heard yesterday that as soon as Zechariah’s mouth was opened, he began to praise God, and the news spread all throughout the hill country. I’m sure gossip spread pretty quickly back then too, but, still, it would’ve taken time. Secondly, notice that Luke didn’t say that Zechariah’s mouth was opened and he praised God with the canticle, which he could’ve done if it was the case. The canticle must come later, although Luke doesn’t tell us exactly when: maybe it’s weeks, a month or two, or even years.[1]

This detail seems really small, but I think there’s an important lesson for us. Even after the birth of his son and the passage of time, Zechariah remained utterly in awe of God’s faithfulness. That promise made to David, as we heard in the first reading, will finally come true, and the only appropriate response is what we answered in the psalm: to sing the Lord’s goodness forever, always, as Zechariah did.

As we prepare for Christmas and all the celebrations surrounding Christ’s birth, it’s easy to be in awe of God’s goodness: the atmosphere, our neighbors, everything helps. But as the time passes, do we remain in awe? Or do we, like so many during Jesus’ time, grow cold? As we prepare for Christmas, let’s ask for the grace, through the intercession of Mary, Our Lady of Faith, to always remain in awe of God’s goodness, not only in the Christmas season, but also throughout the year. [2]

[1] The verb ἐπροφήτευσεν is an active aorist indicative, and lends itself to this interpretation since it is vague regarding the action. It’s certain that the event happened in the past, but is indeterminate regarding its duration and its type.