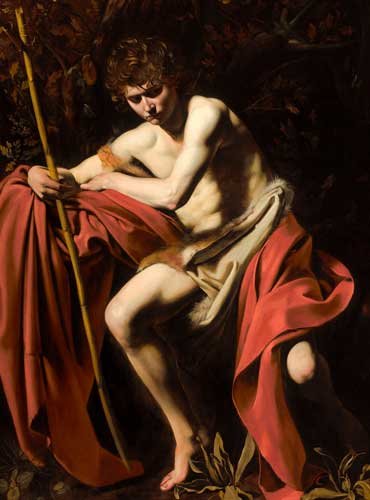 Memorial of Saints Basil the Great and Gregory Nazianzen, Bishops and Doctors of the Church – Jn 1:19-28

In our lives, too, we’re called to bring others to Christ. In the midst of a world that doesn’t care about God and salvation, we must be that voice crying out in the desert, telling people to get ready for Christ. Christ comes every day for us, but, sooner or later, He’ll come for the last time, either at the end of our lives or at the end of the world. Everyone needs to be ready for that moment. We lose nothing when we preach the Gospel, but we have to make sure it’s the Gospel we’re preaching, and not ourselves. We don’t bring salvation to anyone, and when people convert because of the message we bring, that doesn’t mean we have any sort of special power. All we’ve done is be an instrument for God.
Indeed, we can only be an instrument for God if we allow Him to work through us. One of the greatest impediments to this is pride. In order to really bear witness to the Gospel, we need to be humble. This virtue really stands out in John. It’s this humility that makes John’s witness convincing. Notice that the Jews come and ask John if he is the Messiah; that shows a lot of trust! If John had said yes, they would’ve believed him. Yet John knows he’s simply an instrument, preparing the way for the true Messiah. In fact, we see his humility when he tells his listeners that he’s not even worthy “to untie the sandal strap of the Savior.” That task wasn’t reserved for a disciple; only the lowest slave would have the task of taking off the master’s sandals. That is the way that John saw himself with respect to Christ.
A few years ago, I was asked to preach a popular mission in New York. It was a short thing, but, after one of the nights, a man asked to come talk to me. He was a good man, a devout Catholic, and he told me that at his work, he would talk to people about the faith if they were interested. He didn’t bother people, but, if they asked, he’d talk. Then, all of a sudden, he started sobbing. He told me “My boss just told me I wasn’t allowed to talk about Jesus any more. Father, what will I do? That’s my life.” We can ask ourselves: if we were told we couldn’t talk about God in our houses, or our places of work, or our schools, how much of a difference would that make? Would it make a lot of difference? Or would nobody even notice? That tells us how we’re living. Through the intercession of Saints Basil the Great and Gregory Nazianzen and Mary, Mother of God, let us pray for the graces of humility and strength, so that we can bear effective witness to Christ in our daily lives.