​The charism of the Institute of the Incarnate Word is the grace to know how to work concretely so as to extend the presence of Christ in families, education, the mass media, the scholarly, and in all other legitimate manifestations of human life.

The founder of the Institute of the Incarnate Word is Fr. Carlos Miguel Buela, IVE. Fr. Buela was ordained to the priesthood on October 7th, 1971.

While faithfully serving as a diocesan priest in Buenos Aires, on May 3rd, 1983, the Feast of Cristo de la Quebrada, he received the grace to found a religious order of priests dedicated to the service of the Gospel and the Church.

​The Instituto del Verbo Encarnado (IVE) was the first branch of the Religious Family of the Incarnate Word to be founded by Fr. Carlos Miguel Buela in 1984. The Institute, which draws its spirituality from the mystery of the Incarnation, was founded on none other than the Solemnity of the Annunication, March 25th, 1984 in San Rafael, Argentina. A few years later Fr. Buela would also found a female branch (Servants of the Lord and the Virgin of Matará, SSVM), and a secular Third Order.

Fr. Buela wanted our Institute to be named “of the Incarnate Word”, in order to honor the greatest event of history, an event which cannot be surpassed by any other: the Incarnation of the Son of God.

By means of the profession of the vows of poverty, chastity and obedience, we want to imitate and follow more closely the Incarnate Word in his chastity, poverty and obedience. In addition, we profess a fourth vow of Marian slavery, according to the spirit of St. Louis-Marie Grignion de Montfort. By means of this vow, we consecrate our whole lives to the Blessed Virgin Mary.

In the work of evangelization, we look to draw light and strength from the mystery of the Incarnate Word. We nourish ourselves with the two-millennial wisdom of the Church, and turn to the methods used by her best representatives: the saints. For this reason, the Institute is at the disposition of the Bishops to assist them in their local Churches, providing teachers for seminaries, and priests for the care of parishes and schools of various levels. In the pastoral work, we dedicate ourselves in a special way to preaching the popular missions according to the method of St. Alphonsus Maria de Liguori, and the Spiritual Exercises of St. Ignatius of Loyola. The vast field of the evangelization of the culture has permitted us to open ourselves up to numerous apostolic works, including different works of mercy, and the work in the media of social communication.

We, the religious of the Institute of the Incarnate Word, want to be anchored

in the mystery of the Incarnation

which, as  John Paul II has said, “is the first and fundamental mystery of Jesus Christ.” From this mystery, we want to undertake “to reestablish all things in Christ” (Eph 1:10), seeking to be as another Incarnation of the Word in order to make Him incarnate in all that is human. This means that our spirituality is that of the priestly attitude of the Incarnate Word–priest and victim. With Christ we seek to live so as to be “an eternal offering” for God, and united to Him and to his sacrifice (Directory of Spirituality, 70-74).

Fr. Gustavo Nieto, IVE who served the Province of the Immaculate Conception as both Provincial Superior and Pastor of Our Lady of Peace (Santa Clara, CA) over the last decade was elected to lead the Institute at the 7th General Chapter in July 2016.

The Institute currently has religious priests working in 43 different countries around the world. The majority of the priests work as pastors in missionary territories and in those parishes where the Church is in greatest need, the Gaza Stip, Syria, and Iraq, for instance.

The Institute of the Incarnate Word is not only formed by religious living an apostolic life, but also of members who live out the charism through a contemplative life. As our Constitutions state, “Just as the Word chose to live in the silence of Nazareth for thirty years, some of our members consecrate themselves to Him in the contemplative state.” Thus, the monks of the Institute of the Incarnate Word “desire to dedicate themselves to the only necessary thing; they have chosen the best part (Cf. Lk 10:41).

Here in the Province of the Immaculate Conception, our monastic community is located at the Lourdes Grotto on the grounds of Mt. Saint Mary’s University. Besides providing for the spiritual needs of the Grotto, our monks also serve as chaplains at the St. Elizabeth Ann Seton Shrine

Homilies of Our Founder

Read some of the homilies of our founder, Fr. Carlos Miguel Buela, to learn more about the identity and spirit of the priests of the Institute of the Incarnate Word. 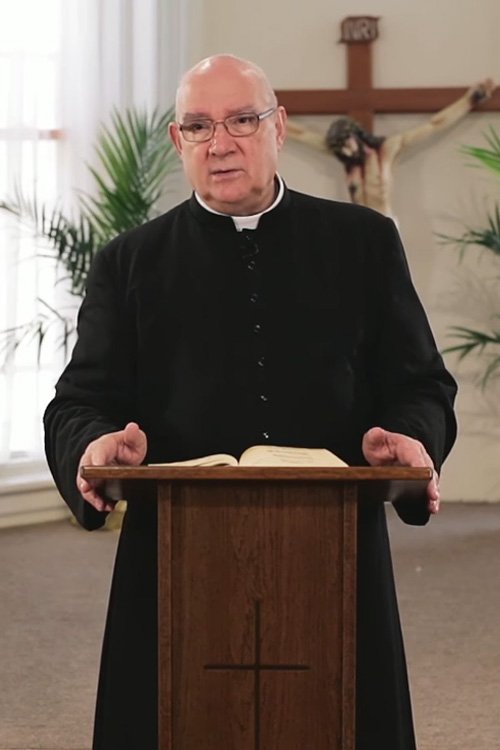 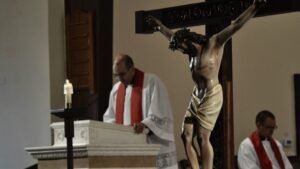 Homilies of Our Founder

The Priest and the Cross

Learn more about some of the unique aspects of being an IVE PRIEST by clicking on the links below.

How it is lived according to our spirituality